Antibiotic resistance- The Global epidemic : Is Homeopathy an alternative? 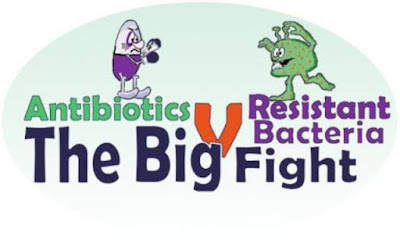 1928 was a remarkable year in medical history due to the breakthrough discovery of antibiotics. Antibiotics are powerful medicines that fight certain bacterial infections and can save lives when used properly. They either kill the bacteria or stop them from multiplying.
Development of antibiotics was the greatest achievement of modern medicine but the overuse and misuse of antibacterial therapy lead to resistance in micro-organisms and that is emerging as the biggest medical crisis today known as antibiotic-resistance.

There has been a lot of news about antibiotic-resistance recently. And this is really worrisome.
The emergence of colistin resistance in farm animals around the world has surprised the researchers. This surely is a wake-up call because colistin is known as an ‘antibiotic of last resort’.
Another latest study by pediatricians of Apollo Hospital in Mumbai says that antibiotic resistance has risen to alarming levels among 's youngest.
Earlier in February this year, the World Health Organization had warned that a dozen antibiotic-resistant “superbugs” pose an enormous threat to human health.

The noteworthy fact is that it was predicted years ago by Alexander Fleming himself, the man who discovered the first antibiotic. In 1945 while speaking in his Nobel Prize acceptance speech he said: "Then there is the danger that the ignorant man may easily underdose himself and by exposing his microbes to non-lethal quantities of the drug, make them resistant."

It should be called as serious negligence that the prediction is a reality now.

The bacteria and virus will continue its evolution- growing in strength with each generation. So do humans. But our growth for a stronger immunity is disrupted with the indiscriminate use of drugs and unhealthy food and lifestyle.

Back in 2014, WHO has warned about the approaching post-antibiotic era- in which common infections and minor injuries can kill! The report had pulled together data from 129 member states to show extensive resistance to antimicrobial agents in every region of the world. Overuse of antibiotics in agriculture — to promote livestock growth — and in hospitals quickly leads to a proliferation of drug-resistant bacteria, which then spread via human travel and poor sanitation practices.
And just after three years, when the W.H.O. assistant director general has to say “We are fast running out of treatment options”, raises the very important question, “What options do we have then?”
A U.K. government-backed report tells that infections resistant to medicines will kill more people per year than cancer by 2050, and cost the world $100 trillion annually. This already has caused around 700,000 deaths globally in 2014 and will cause 10 million by 2050 if further action is not taken.

We need the solution to this crisis and undoubtedly are running short of time. We have to find strategies to help keep hold of the efficacy and life-saving capacity of antibiotics. It is under such circumstances that a safe, medical therapeutic Homeopathy can play an important role.

Homeopathy is the science & art of healing introduced by Dr. Hahnemann in 1796, after studying the drug actions on healthy living human beings. This is a very different approach, in respect of modern pharmacological researches done on animals.

The Homeopathic principle of using minimum doses makes it very safe and free from side-effects and drug-addiction.

Moreover, the medicines are coming from nature as these are made from individual plants, animals and minerals etc. that are serially diluted and vigorously agitated during the manufacturing process.

Now the question is how all this qualifies Homeopathy to be considered to be an alternative to this global epidemic? When the big-pharma drugs are becoming helpless, how this old healing could help.

The answer lies in the very base of Homeopathic methodology which works to improve the vitality of the person, and the strengthened immune system cures him.
Homeopathy is the treatment of disease by medicine selected according to the principle “similia similibus curenteur” i.e. “let likes be treated by likes”.
The process is not simple though as it might seem. There are more than 3000 drugs in Homeopathy, out of which the Homeopath has to select the most suitable ones for the individual. This requires a great understanding of the patient as a person and his susceptibility to drug and disease. But the beautiful cure when brings the disharmony back to the line of health, all the tireless work gets paid off!

Homeopathy does not target the invading micro-organism, nor work against anything and therefore; no anti-microbial-resistance comes in question.
Homeopathic medicines do not need to be modified as per the evolving micro-organism. The medicines discovered by stalwarts more than 200 years ago are still producing significant results with the proving-indications in the same potential. For advancement, there are many newer medicines being added to the Homeopathic Repertories, which are evolved following the same principle of drug-proving on healthy human beings.

Homeopathy can help as preventive medicines and at various levels of primary care to emergency conditions as well.

The efficiency is well documented to be witnessed by generations.
This started from 1801 when Dr. Hahnemann himself had published “The Cure and prevention of scarlet fever”, Zeitschrift für Praktischen Medizin in the Journal of Practical Medicine.

A peer-reviewed research study was published in BMC Complementary and Alternative Medicine in 2007, which compared Homeopathic and conventional treatment for acute respiratory and ear complaints in the primary care setting. The onset of improvement within the first 7 days after treatment was significantly faster upon homeopathic treatment both in children and adults. Adverse drug reactions occurred more frequently in adults of the conventional group than in the homeopathic group.

Recently in February 2017, Dr. Peter Fisher, Director of Research at the for Integrated Medicine describes a large study conducted in France of 7,000 people with musculoskeletal disorders, upper respiratory conditions and sleep/psychological disorders who were treated by either conventional physicians or homeopathic physicians. In all 3 groups, there was significantly lower prescription drug use, including antibiotics, among those who were treated by homeopathic physicians.

Prudent use of Homeopathic medicines can definitely reduce the unnecessary use of antibiotics and its side-effects thus reducing the catastrophe of drug-resistance.

Despite being always a target of skeptics, if a healing is able to stand firm for more than 200 years and produce a number of cures every day, there is something exceptional about it!
Though some consider it as no medicine due to the unearthed concept of beyond-Avogadro molecules, if a curative method is able to record well-documented cases around the globe, there is definitely a strong foundation underneath!
A therapeutic cannot keep up with more than 450 million users in over 80 countries with a growth rate of 20-25% every year without the clear-cut ability to restore health!

This is high-time to leave the bias for any regime and work for sustaining and evolving healthy life by integrating and using the appropriate method of healing accordingly.


Attempts with open wits will surely avoid unnecessary deaths like those 700,000 lives which were lost in 2014 due to drug-resistance and the world would not witness the dark ages of medicine. 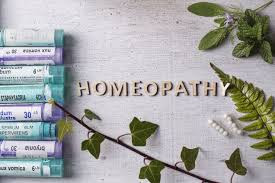 Popular posts from this blog

August 29, 2017
This is a very common question asked by the patients that what is the source of Homeopathic medicines, is it natural? Is there any chemical inside? Here is an insight on the ingredients of your Homeopathic remedy, which is, by all means, natural and safe. H omeopathic medicines are prepared from various sources as following - 1.   Plant Kingdom        Image:classichomeopath.com The medicines are prepared from the core extract of the plant, which is known as the mother tincture. It may come from any part of the plant like the roots, stems, leaves, fruits, seeds or the whole plant. Examples- Arnica montana , Bryonia alba, Cinchona officinalis, Pulsatilla nigricans, Rhus tox, Symphytum etc. 2.   Animal Kingdom Image:classichomeopath.com Several homeopathic drugs are prepared from the animal kingdom which is prepared in a similar manner as that of the plant kingdom the only difference being here the part of the whole animal is taken to prepare the medicine.
Read more

COVID-19: We Will Win the Marathon

April 13, 2020
Over the past few months we all have been living in an uncertain time brought to us by the ‘severe acute respiratory syndrome coronavirus 2’ (SARS-CoV-2). SARS-CoV-2, which was previously known as the 2019 novel coronavirus, is a member of a broader family of coronaviruses (CoV) that cause a range of illnesses, from the common cold to more severe diseases including Middle East Respiratory Syndrome (MERS-CoV) and Severe Acute Respiratory Syndrome (SARS-CoV) . As we all know, signs and symptoms of COVID-19 vary greatly from mild respiratory symptoms, fever and cough, to more severe symptoms such as shortness of breath and breathing difficulties. It can be serious in some cases if the vital organs get effected.   According to the CDC, symptoms can develop 2-14 days after exposure. It appears to have the most severe effect on the elderly and people with existing medical conditions – particularly those with respiratory problems. Given that there are no scientific trials availabl
Read more

Jaya Srivastava
Hong Kong, Hong Kong
Hello and Welcome to my blog! My name is Jaya and I am a Homeopath & nutritionist by profession. I work at the Vitality Center which is one of the earliest alternative health clinics to be established in Hong Kong. I am passionate to provide focused and comprehensive health care. Homeopathy, Nutrition and Lifestyle are my tools to get this job done!